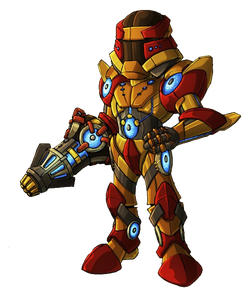 The Bounty Hunter Costume is a hero costume for the Series EV.

It can be obtained by completing the City in the Cliffs campaign map on Medium or harder difficulty. It can be earned by any Hero type.

1 of 3
Add photo
Retrieved from "https://dungeondefenders.fandom.com/wiki/Bounty_Hunter_Costume?oldid=87800"
Community content is available under CC-BY-SA unless otherwise noted.