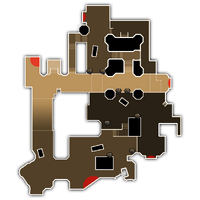 The Frostdale map is not used during either the original campaign or the Quest for the Lost Eternia Shards DLC. It is, however, used for two challenges, albeit with slight differences.

This map is also used in the CTF gamemode

Über Monster Fest is an 8-player challenge that takes place on the Frostdale map. It is based on the Monster Fest Challenge.

The Etherian Holiday Extravaganza scenario takes place on a slightly modified version of this map. Enemies are dressed up in Christmas-themed costumes, with the Ogre's wielding massive Candy Canes as weapons, among other peculiar sights.

Retrieved from "https://dungeondefenders.fandom.com/wiki/Frostdale?oldid=58039"
Community content is available under CC-BY-SA unless otherwise noted.