The Huntress is a hero class who specializes in ranged weaponry. She is one of the four original heroes in Dungeon Defenders.

Trained in reconnaissance, the sleek and slender Huntress deploys deadly traps and explosives, but don’t let her physique perplex you. This elegant she‐devil is trained in ranged weaponry and is sure to always hit her mark. Raining down arrows and ammo from above, the enemy never sees her coming.

The Huntress utilizes traps which have a small trigger area inside of a larger area of effect. This smaller radius can be adjusted with the +/- keys when placing a trap. A smaller detection range might make the trap more efficient with its limited detonations, but fast-moving enemies will be more likely to get passed it.

Traps have a limited supply of charges instead of a health bar; they cannot be attacked/targeted by enemies (except Djinn). A trap will go down once it runs out of charges.

Proximity Mine Trap (40 Mana and 3 Defense Units) ‐ When activated, an explosive blast instantly devastates all nearby enemies. Uses 3 defense units.

Inferno Trap (80 Mana and 4 Defense Units) ‐ When activated, a blazing cloud of fire surrounds enemies and damages them over time. Fire immune enemies are not affected.

Ethereal Spike Trap (80 Mana and 3 Defense Units) ‐ When activated, a single enemy is skewered for massive damage. Electric immune enemies are not affected. This trap can target flyers.

Oil Trap (80 Mana and 4 Defense Units, Redux Only) ‐ When activated, damages and splatters oil onto all enemies in the explosion radius, which makes them take up 1.5x fire damage.

Piercing Shot ‐ Unleashes an ethereal arrow that penetrates enemy after enemy, damaging all in its path. This also passes through walls.

Invisibility ‐ You become completely invisible to enemies while active. Mana drain is increased over time. Dark Elf Warriors and bosses can still find you, however.

In Redux: Also increases the Huntress's movement speed while active.

Dark Shot (Redux Only) - Fires a weakening arrow that causes any foes hit, including bosses, to take more damage and deal less damage for the debuff's duration.

Repeating Fire ‐ The Huntress’ mechanical weapons shoot repeating projectiles at a high rate of fire, though depleting her loaded ammunition.

Reload ‐ The Huntress can reload her weapon’s ammunition clip manually or whenever her weapon runs out.

In the game's source code, a hidden function to auto-create characters was made, with 1 class for each class, the name for the huntress class character is "Joshy," found in DunDefHeroManager.uc. 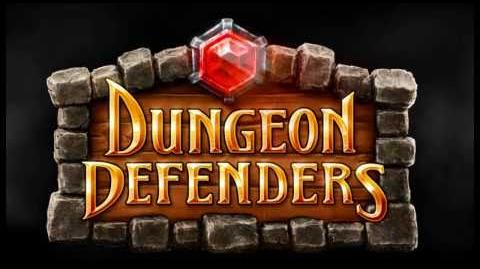