It multiples the attack damage of the user and up to three (3) of their allies. This effect stacks multiplicatively with damage-boosting hero abilities: Hero Boost, Blood Rage and Call to Arms.

The Boost Intensity; it determines the cat's damage multiplier. This can be incremented by one on every third upgrade level (3, 6, 9, 12...). Cats can spawn with a starting intensity as high as the 120's. The damage multiplier is calculated with this formula:

Example calculations are shown in the table below:

The Propeller Cat's Range, affecting how far it can boost heroes. This can be upgraded on every fifth level (5, 10, 15, 20...). A range of "+90" is the max and highest value a cat can spawn with; this approximates to the distance between the pet-attackable target dummy and the forge, on the Tavern's first floor. 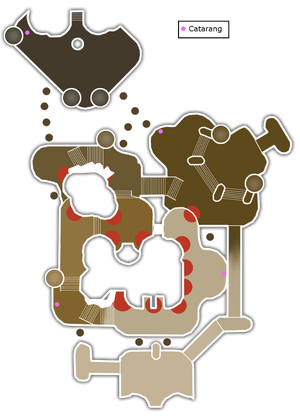 Retrieved from "https://dungeondefenders.fandom.com/wiki/Propeller_Cat?oldid=89576"
Community content is available under CC-BY-SA unless otherwise noted.