The Series EV is an additional hero class available as part of the Series EV Hero DLC. It was released for the PC on March 29, 2012.

Series EV can equip any two ranged weapons and switch between them at will. She deals about the same amount of damage with staves as the Apprentice/Adept. However, she deals 20% less damage with other ranged weapons (compared to the Huntress or Ranger).

Assembled long ago by a master mechanic within the depths of Sky City, the Series EV automaton has been powered back to life and is ready for action! By placing down an array of powerful Electronic Beams of varying lengths, EV can decimate enemy forces. The longer the length of the beam the more Defense Units each costs to build.
She can store up to two Guns and Magic Staffs in her memory bank, reproducing their capabilities with her "Assimilable Range Cannon", and can switch between any two such weapons on the fly. Furthermore, EV can consume vast quantities of Mana power to unleash a destructive Proton Charge Blast and project a Holographic Decoy which will attract and confuse enemies before exploding in their faces.

Assembled long ago by a master mechanic within the depths of Sky City, the Series EV automaton...

The Series EV can deploy a host of beams between any two points (or nodes). These can be adjusted in length, with longer lines costing more Defense Units (DUs) but possessing higher health (HP). Outside the Physical Beam, no enemy (unless a Djinn) can attack/target EV's defenses. 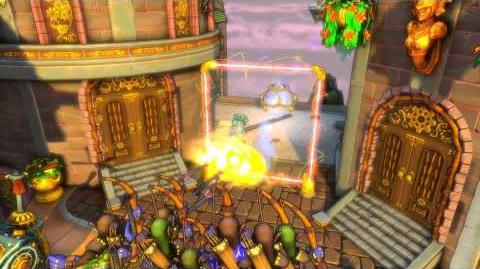 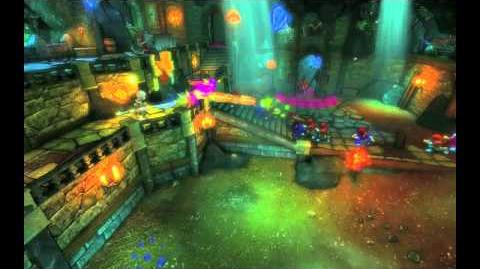 Retrieved from "https://dungeondefenders.fandom.com/wiki/Series_EV?oldid=90105"
Community content is available under CC-BY-SA unless otherwise noted.