Hovering, Defenses use MU instead of DU.

The Summoner, also known as the Necromancer, is an additional hero class that is available as part of the Summoner Hero DLC. He was released for PC on 23 May 2012. There are no future plans for a console release. It is priced (not including sales) at $3.99 USD on Steam.[1]

The Summoner cannot use any weapons. Instead, he can equip two pets, many of which will attack enemies near him.

A mysterious visitor from the Crystalline dimension, the Summoner has decided to wage his own personal war across Etheria for reasons unknown! With TWO Pets by his side, the Summoner can form Minions out of sentient crystal, and build an army to follow his every command.

By entering Overlord Mode, the Summoner can retreat at any time to his Crystalline realm, to supervise his Real Time Strategy from an omniscient top-down perspective.

As he selects units and issues a variety of orders, the Summoner exercises supreme tactical control over his troops and his team's Defenses. Furthermore, his Flash Heal ability instantly Heals all allied units and Defenses within a radius, and the Summoner's Phase Shift ability can move his ghostly avatar around the physical realm while remaining immaterial and unseen by enemies. For the master strategist seeking to pull the strings from above, or the brave commander ready to personally lead his army into battle, the Summoner is an essential addition to the team!

The Summoner can call upon crystalline versions of enemies to serve as minions. These defenses cost Minion Units (MU), a resource separate and independent from Defense Units (DU). The MU capacity is always equal to the DU capacity on any given map.

The Summoner's four tower stats increase the effectiveness of his summoned minions. His first ability slot is replaced with a fifth summon stat: Minion Movement Speed. The second ability stat slot is for his Flash Heal activated ability.

The Summoner can command his units on the battlefield, where he is able to select units and issue them a variety of orders. Minions hold defensive by default when they are first summoned.

Command Wheel. A Summoner can control minions summoned by other Summoners.

The Summoner can leave the field of battle entirely to enter a full-on RTS style 'Overlord Mode.' Activating this mode will also force the Summoner to activate Phase Shift, rendering him immaterial to enemies and defenses, but is unable to collect mana or use his pets.

While in this mode, the player can pan the overhead camera to anywhere on the map with WASD, by moving their mouse pointer towards the edge of the screen or by clicking a point on the opened map (holding Left Shift by default). The player can swiftly move the camera when holding Alt.

They can call out to wherever their mouse pointer is (default [C]), drag-select minions, summon minions or upgrade, repair, or sell defenses (including minions). Casting Flash Heal will heal around the player's cursor. 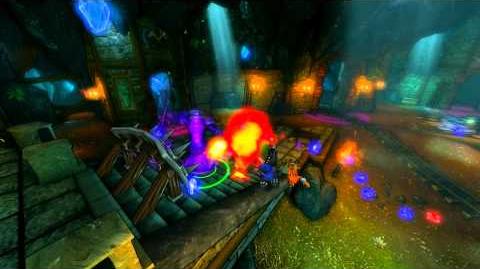 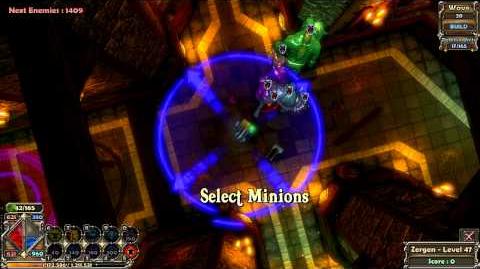